Thad is the sought-after corner piece in all PowerPoint puzzles. His fine tuning reveals a full-picture design that frames the content just right. Final level of a video game, or final round of tweaks, he’s game to take it to the finish line. 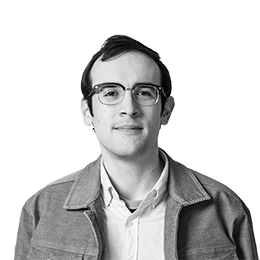 A 2020 vision for presentations 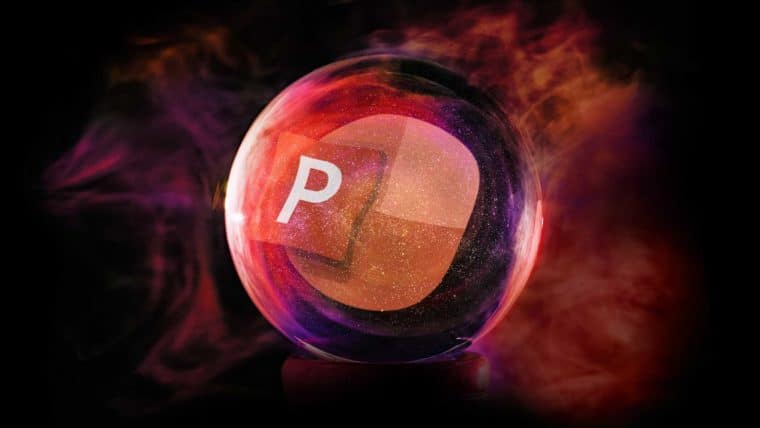 At 2A, a lot of our design efforts go into shaping presentations to tell a great story. We’re constantly pushing the limits of what’s doable in PowerPoint, striving to make presentations interesting and engaging rather than a bland slog through bullet points. Making them sing requires staying on the pulse of the latest trends. With a new year upon us, here are some hot design tips to make sure your presentations aren’t trapped in the past.

Sanding off the edges: removing the details from illustrations and icons

Screens are becoming capable of higher definition all the time—from Apple’s Retina to Microsoft’s ClearType to 4K TVs. But rather than cramming details into every pixel available, the savvy designer takes a simpler approach to the crisp clarity provided by high-res screens. Here’s what’s hot:

Our advice? Embrace those designs. Viewers can only take in so much visual information, especially when it’s accompanied by a speaker. Cutting graphics down to the bare minimum will make sure audiences take notice of what you want to emphasize. Gain a little pop by combining text and minimalistic graphics to concisely communicate information.

Maxi typography, which uses all caps and often dominates the page, is a growing trend in design. Look for:

As we like to say, “less is more work.” Like streamlined icons, just because something is simplified does not necessarily make it easier! Careful planning will go a long way toward helping your text make its greatest impact. Get ready for some louder typography in 2020—your words are going to make a statement.

First introduced several years ago, PowerPoint’s Morph transition is gaining a foothold as presenters realize its full potential. You’ll see more of Morph in 2020 because it provides an incredibly easy way to add elegant visual transitions. Here’s what you need to know:

As we move into a new decade, it’s exciting to see how presentation methods continue to grow and evolve. Let’s leave the days of “death by PowerPoint” behind and forge dynamic new presentations!

Synthwave—nostalgia for a past that never existed 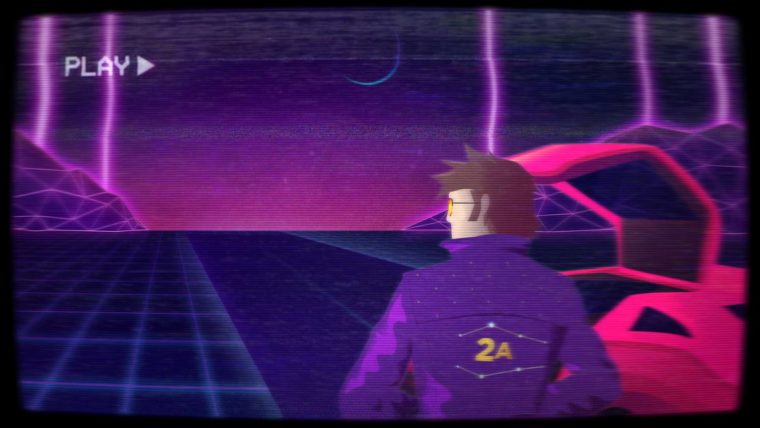 A few weeks ago, I went to see The Midnight perform at Neumos. I discovered their music fairly recently, but they’ve swiftly become one of my favorite bands for how their melodies and vocals carry such a strong feeling of emotion, longing, and ennui. As saxophone solos wafted over a crowd illuminated in beams of neon light, I could hardly imagine a better visualization of the burgeoning synthwave movement.

Synthwave, also called retrowave or outrun, is an artistic movement that’s been gaining a lot of steam over the past several years. Inspired mainly by imagery and music from the 80s, synthwave combines visuals like neon lighting, airbrushed chrome, computer grids, and midnight cityscapes with synthesizer-heavy music reminiscent of new-wave pop music and sci-fi movie soundtracks. The genre explores a wide variety of themes, from retrofuturistic optimism to dystopian fears of mechanized oppression. Many artists explore the limits of 80s media, intentionally adding VHS noise to digital video or releasing their music on vinyl.

And yet, for something apparently steeped in nostalgia, synthwave isn’t an accurate representation of what the 80s were really like. Movies looked at as progenitors of the movement—such as Blade Runner, TRON, or films by John Carpenter—were minor successes at best or box-office failures at worst. Synthesizer film scores by Tangerine Dream and Ennio Morricone garnered Razzie nominations rather than Oscar nods. Even the famous DeLorean DMC-12 seen in Back to the Future drove poorly and sold worse. Though synthwave visuals may resemble tech support posters or a Corvette ad, by and large the media of the 80s bore only a minor resemblance to this new aesthetic. Going beyond regular rose-tinted glasses, synthwave is nostalgia for a time that never existed.

This fascinating development—faux-nostalgia taken in a new and modern direction—speaks to me as a designer. A truly successful design should connect with its audience, and synthwave has achieved this. Straightforward 80s nostalgia has become a huge marketing trend in recent years, from Voltron selling Hondas to the Stranger Things kids suiting up as Ghostbusters, but synthwave goes beyond simply parroting what was popular 30 years ago. Instead, the movement uses a smaller-scale evocation of certain nostalgic elements rather than a full-on resurrection.

In an age where you can instantly stream a classic album or pull up clips from a favorite movie, synthwave stands out by sampling the mood and aesthetics of the past and then taking it in a new direction. Pressing beyond hollowly echoing nostalgia, synthwave finds a unique way to create emotionally resonant works.

The Pros of Cons: Good vibes from Seattle’s comic cons 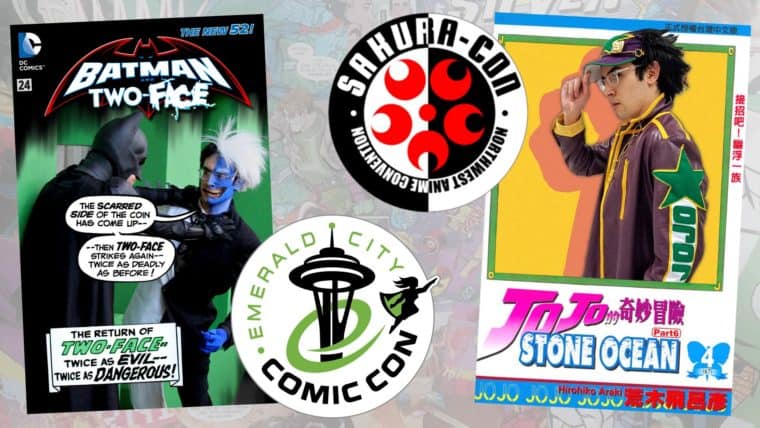 Conventions are an important channel for many businesses, and we’ve certainly contributed to these huge events by building keynotes. But there’s another, much more fun side to conventions—the comic con! You’ve probably heard of the massive San Diego Comic Con, but there are hundreds of similar conventions around the world. This year I attended two Seattle conventions, Emerald City Comic Con (ECCC) and Sakura‑Con.

Each convention has a different focus that draws different crowds. Despite the eponymous focus on comics, ECCC has a more general pop-culture tilt, encompassing TV shows, movies, books, video games and more.
Sakura refers to the blossoms of Japanese cherry trees (seen locally in such places as the UW quad), referencing its narrower lens on Japanese media.
Whatever their focus, the positive energy and enthusiasm on convention show floors is contagious.

From miles of comic-book-back-issue longboxes to hard-to-find DVDs, to vintage action figures, there’s no end to what’s available on the floor. At Comic Con, I love to get my comics signed by the authors and artists who worked on them—it’s a fun physical collectible I can keep. Plus, getting to hear behind-the-scenes anecdotes deepens my appreciation for the craft. Some cons even invite celebrities. This year I took a photo with Christopher Lloyd and the DeLorean time machine.

On the crowded convention floor the main activity is interacting with others. These people are dedicated—willing to travel from hundreds of miles away to take part in the experience and meet like-minded fans.

You may have heard of cosplay—a fancy term for dressing up as a character from something you love. As Adam Savage eloquently put it in his TED talk, cosplay is where we are “injecting ourselves into a narrative that meant something to us.” It’s a physical, personal embodiment of what you enjoy. I may not know many people in my day-to-day life who enjoy JoJo’s Bizarre Adventure, but when I dress up as a character from the series I can quickly find fellow fans. Cosplay has even led me to friendships that continue long after the con runs its course.

Fan conventions are a wonderful celebration of all the things I enjoy. Attending Seattle’s conventions were one of the highlights of my year, and I’m already coming up with ideas for next year.

When to get social: A cheat sheet 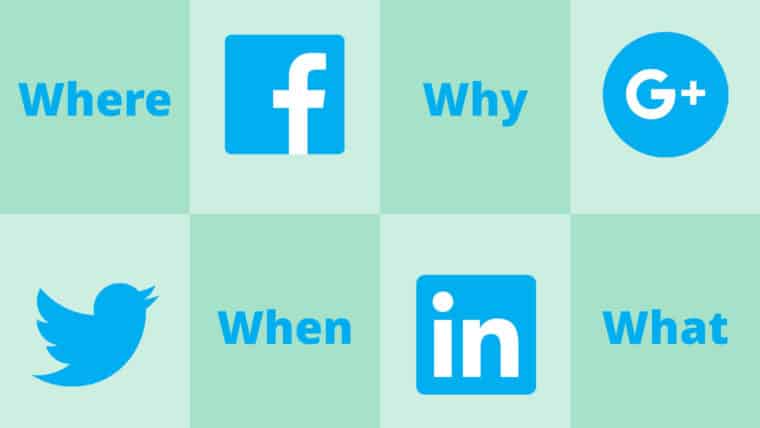 With any business engaging your target audience is crucial to your success and many companies turn to their social channels to get the job done. After all, it allows us access to thousands of people all over the world from the comfort of our couch. However, social media can be daunting to keep up with due to its ever evolving nature and the growing number of platforms out there. Prioritization is key to maximizing your resources and efforts. 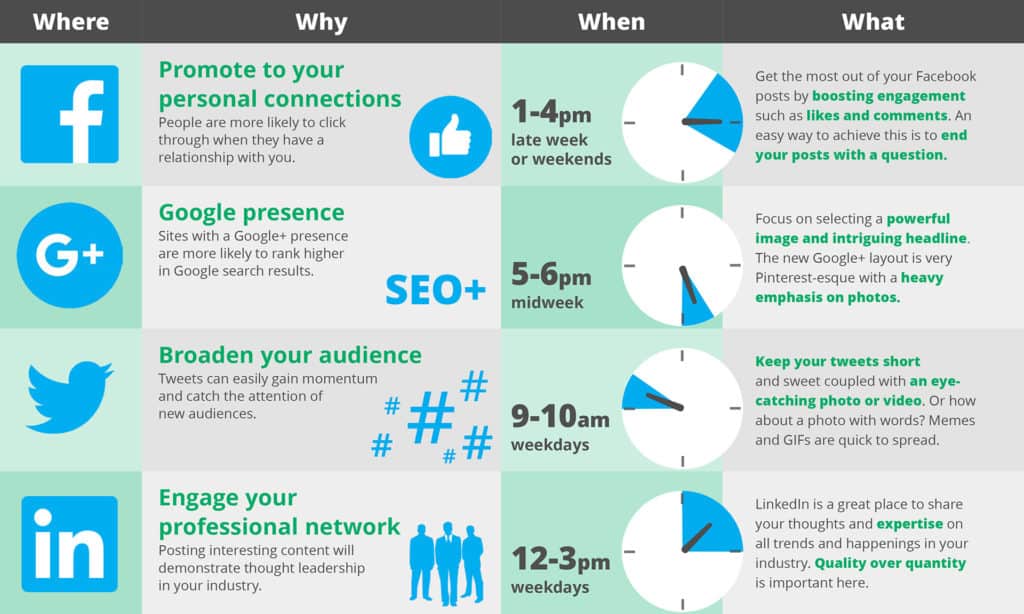 Have you been getting the most out of your social? 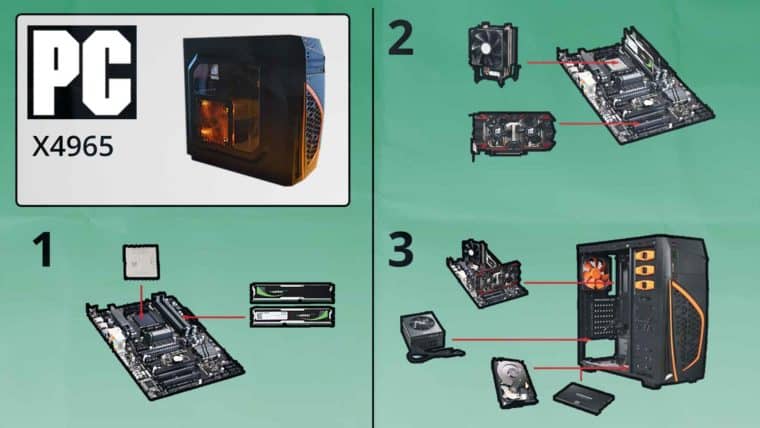 A few months ago, I was in the market for a new computer. I was ready to move on from an older laptop to something with a little more power for all my gaming, editing, and rendering. Since I use my computer so often, I wanted to make sure I had one that really met my needs. I was going to build a new computer!

But why build a computer? Although I could probably find a computer online or off the shelf that would work out fine, the two big reasons I was looking to build my own were price and precision. Building my own computer ended up saving me hundreds, and because I customized each facet of it I was certain that all the parts would meet my needs. Plus, I was able to leverage past CS classes as I planned out the build. From knowing the difference between data memory and data storage to terms like POST, all those hours spent studying were finally paying off.

Because I was making such a big investment of time and money, I figured it would really pay off to do my research and get advice from people who had more experience than me. I posted on forums, consulted sites like PC Part Picker, watched tutorial videos, and spoke with experienced friends. I also looked for sales and rebates to make sure I could save money wherever possible – I even ended up cancelling an order that was about to ship because I found a slightly better deal elsewhere!

Once everything had arrived and I started the build, I found that putting all those expensive parts carefully into the case wasn’t as big of a hassle as I had expected. One friend had reassuringly described it to me as no harder than “putting together a LEGO set”, and he wasn’t too far off. Each part came with instructions of where and how to connect them, with each cable and slot clearly labeled. After several hours of steady hands and careful connections, it was an amazing feeling when I was finally able to hit the power button and watch it boot up.

I’ve been using my new computer for several months now, and so far it’s been excellent. Games I could barely run on my old machine I can now turn up to maximum settings with ease. Videos play and render far more smoothly. But the best part is that I can take pride in having researched, planned, and built something that is uniquely mine.

At the 2A office, there have been sounds of construction as we expand and rearrange our office space. It’s an exciting time of transition as we continue building and advancing our unique consulting business. Just like the parts in a computer, the members of our close-knit team all play a part in shaping the course of the business. And like building a computer, the process of getting there can be a lot of fun too. 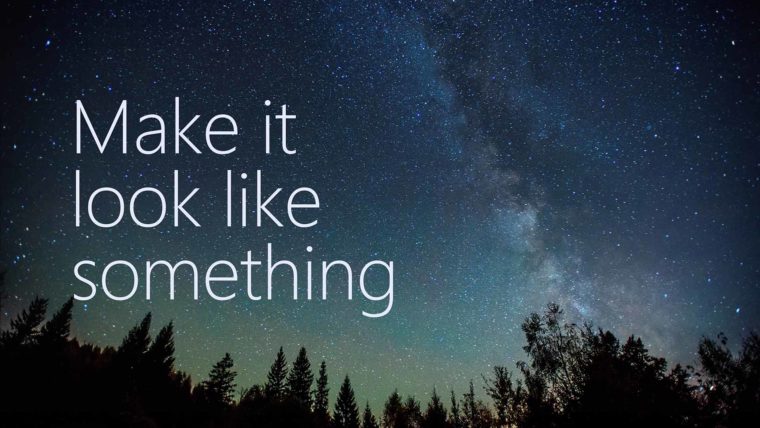 Previously, we looked at a few ways to make your presentations not suck. How do you make sure a presentation truly stands out? The design approach can make or break a presentation. In our experience, the following seven design tips are invaluable.

As it turns out, looks do matter in the world of presentations. Make an investment in developing a well-designed presentation, and watch it pay off.