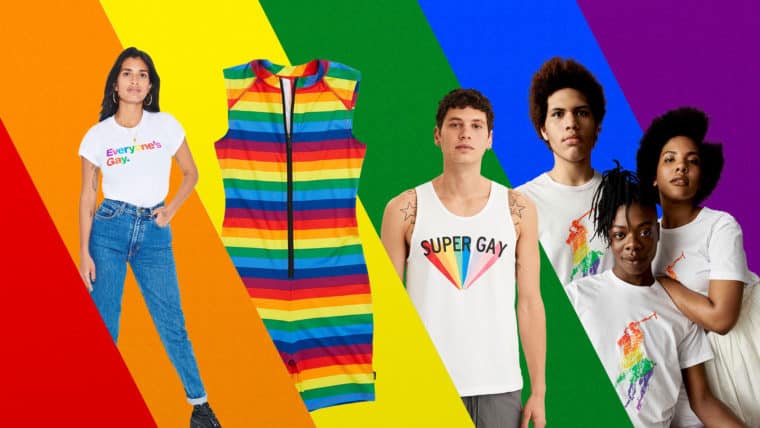 Pride month in Capitol Hill, at the very least, guarantees you’ll see some rainbows. The crosswalks are repainted, flags are hung in windows, and stickers glue themselves to mailboxes, all to rally support for the LGBTQ+ community and welcome this weekend’s parade. For-profit brands, too, are riding the rainbow wave, but it can be hard to tell which ones are just cashing in on consumers’ pride for Pride, and which ones are actively trying to make a difference in the LGBTQ+ community. Here’s how you can tell:

Is their LGBTQ+ enthusiasm inherent to their brand? For most of the large, national brands, their LGBTQ+ connections aren’t part of their overall brand stories, and instead just jump on the Pride bandwagon once a year. In this case, the rainbow filter on their logos is usually fleeting. Consider digging a little deeper to find those (usually) smaller and local companies that have a brand story connected to LGBTQ+ inclusivity. Case in point, Seattle clothing company, TomboyX, which was founded by two lesbian women who wanted to make underwear that fit regular bodies across the gender spectrum.

Are they aligned with an LGBTQ+ organization? Rainbows in June can start to feel like snowflakes in December. And many brands recognize the power of the rainbow to sell merchandise. While slapping a colorful arch on a T-shirt might make a sale, before you buy, consider where your dollars will end up. Plenty of companies are putting their rainbow revenue to a good cause. For instance, American Apparel will donate 100 percent of its Pride collection proceeds to the Los Angeles LGBT Center.

Are they featuring LGBTQ+ people in their ads? Marketing to LGBTQ+ customers calls for representation by LGBTQ+ people. When brands uplift LGBTQ+ models, actors, and community figures in their ads, it demonstrates a more authentic connection to the LGBTQ+ community. And by using trans or queer models, who may have different styles or body types than mainstream models, brands empower customers to see themselves using their products. For its rainbow collection, Ralph Lauren featured comedienne Patti Harrison, and Tyriq and Cory from the queer youth group Hetrick-Martin Institute.

Are they using the right words? While rainbows successfully communicate a connection to Pride, they don’t really make a statement. American Eagle’s pride collection uses words like “gay” and “queer.” Messaging gets easier when you use the right words, but some brands aren’t ready to take a stand and speak up.

Rolling on a rainbow doesn’t have to be a brand’s only means of supporting the LGBTQ+ community. There are much more meaningful actions companies can take to show their solidarity during and post Pride. And brands can always opt to give up their space on the stage entirely, in favor of amplifying LGBTQ+ voices. As an informed consumer, you have the power to hold companies accountable for simply trying to profit off Pride.