Mel was made for the mountains. With a lifetime of outdoor education under her belt, she’s keen on scaling operational challenges and bringing the whole team along with her. Her commitment to inclusivity means we’ll all reach the top. 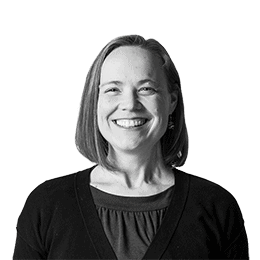 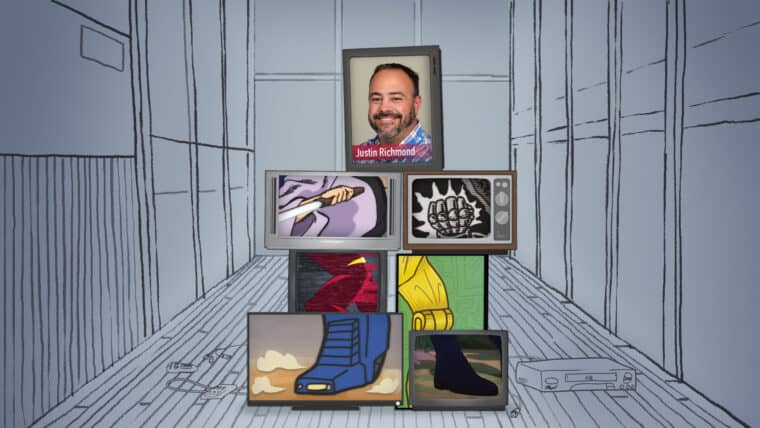 I grew up in a house where C-3PO and Optimus Prime were often staged for battle behind a Lego fortress, waiting to take on the villains controlled by my older brother, Justin Richmond. Worlds were created and destroyed on the daily—his toys acting out the stories swirling in his head. These days, Justin’s stories come to life in his Emmy Award-winning show The Dragon Prince.

Recently, Justin joined us from Topanga, California for our latest installment of Elevating Stories—a series where 2A hosts professional storytellers of all sorts. He shared insights about the creative process in his roles as a video game animator and co-founder and executive producer at media studio Wonderstorm. After spending some remote time with him, here are three techniques we learned to bring a little Wonderstorm magic to our team:

At the retreat to kick off each eight-show season, every writer shows up ready to pitch 40 ideas for the season’s storyline. Thirty-nine (or more!) may be thrown out, but the sheer volume of concepts leads to new character and plot ideas that never would have surfaced if writers came tethered to just a handful of gems.

Each season of The Dragon Prince goes through six revisions—from premise to record draft—before ever getting into the hands of the animators, actors, and sound team. Parts of the script may make it through four drafts before being cut. Would the plotline hold up after two or three drafts? Probably. But the extra time and care spent on each scene is what gives the story its depth and transforms viewers into fans.

3. Diversity is fabric, not decoration

Wonderstorm intentionally brings a diverse team of creatives to the table to build a diverse world of characters on screen. From the deaf female army general who communicates using American Sign Language, to the non-binary Sunfire Elf, to the multi-racial royal children, the team makes diversity prevalent—and not the focus. By normalizing so many ways of being, they invite viewers to both see themselves and accept what they may not be familiar with.

I am proud of the work Justin and the team at Wonderstorm do to bring fun and adventure into so many people’s lives. And I don’t know about you, but I could use a little Dragon Prince family time tonight. 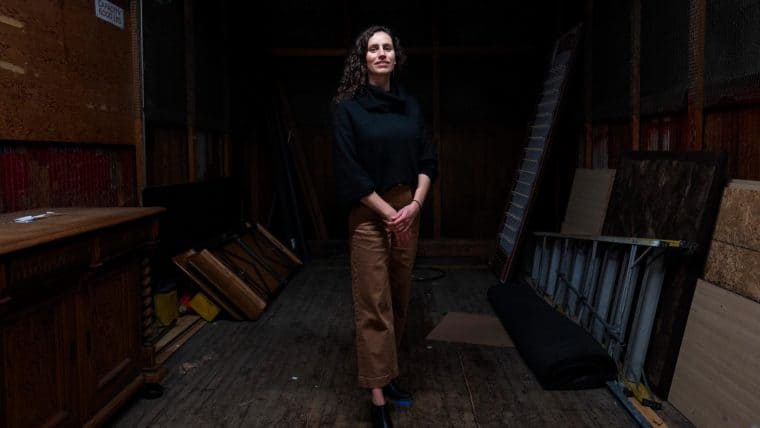 When the central character in your story is a 730-mile river, that means swimming at sea level, flying at 10,000 feet, and zooming out across states to capture all perspectives. In our third installment of Elevating Stories, we followed Heather Hansman down a natural storytelling path where she explained the secret to weaving together many points of view.

As part of the research for her book, Down River: Into the Future of Water in the West, Heather paddled 700 miles of the Green River in a solo pack raft from source to confluence, getting a firsthand look at the ongoing fight over water rights on the largest tributary of the Colorado River. Along the way she interviewed stakeholders such as ranchers, farmers, conservationists, and city officials while learning about the river itself at water level. Her book expertly bridges science, adventure, and conservationism, bringing together information from different camps to enlighten the reader.

Heather makes it look easy to build multiple perspectives and storylines into one narrative. Here are three tips we learned for making sure the big picture captures it all and keeps your audience engaged:

Heather reminded us that solid storytelling starts with asking the right questions and a having willingness to go on a journey to learn more.

How kayaking is better than a pumpkin-spice latte 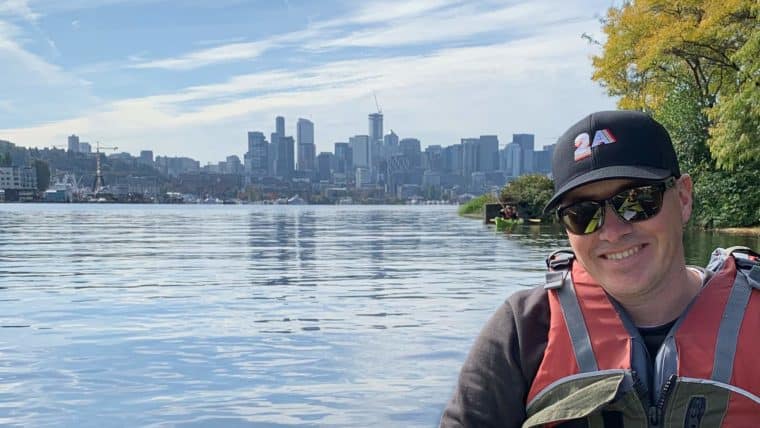 Every fall, I long to slow down from the summer pace of doing-all-the-things-because-it’s-light-until 10pm. I’m comforted by familiar habits like hibernating in a favorite sweater rediscovered in the back of my closet. And while the well-defined patterns of my work week can be reassuring, they can also lead to a lack of creativity as I get too comfortable. Fortunately, last week I was able to shake things up. After joining teammates and Puget Soundkeeper staff on their weekly Lake Union kayak patrol, I walked away refreshed with renewed creative energy to bring to my role at 2A.

Every Wednesday morning, Puget Soundkeeper wrangles volunteers to paddle the edge of the lake collecting trash before it flows into the Puget Sound. Last week our team removed 85 lbs of mostly plastic in under two hours. By getting this trash out of the water before it breaks down into smaller particles called microplastics, we are protecting our waterways and the wildlife who depend on them to survive (including humans)!

Paddling around Lake Union may not sound like storytelling for business, but it certainly sounds like 2A. Our Giving program encourages the team to be part of the community both through activities like the kayak cleanup and by matching donations. It’s also a great way to shake up the routine which was just what I needed last week—even more effective than a pumpkin spice latte.

Getting a jump on Washington’s progressive family leave policy 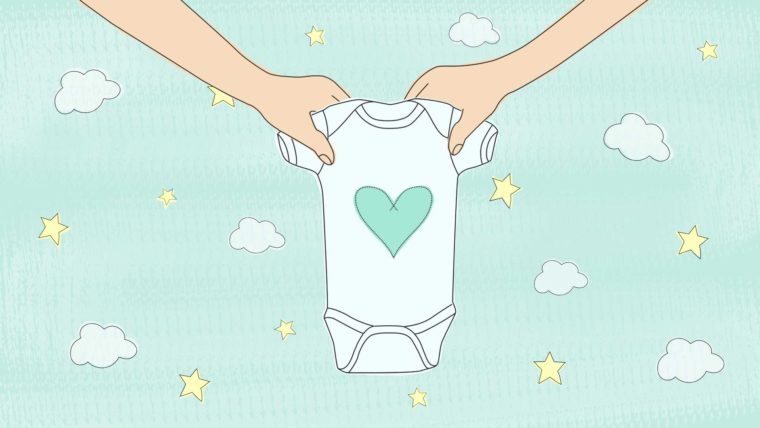 When my daughter was born four years ago my husband was working part time, in school full time and hustling to line up a job in his new career post graduation. His parental leave consisted of four days, which came at the expense of skipping classes. After that he continued his rigorous schedule while also embracing the new role of being a father. This left me home alone with a newborn for my entire maternity leave. I struggled to adapt to motherhood and the lack of support, even though I knew my husband would rather be home bonding with his first child.

By contrast, when I gave birth to twin boys a little over a year ago, we had squirreled away savings for a year so my husband could take three months of job-protected but unpaid leave to focus 100% on our family. As crazy and overwhelming as those early months with three children under the age of 3 were, we both look back on that time as an amazing experience we were in together. We learned how to parent our expanded family together and were on equal footing regarding domestic chores, parenting, exhaustion, and bonding with our babies.

Sharing parental leave with my husband after the twins’ birth, compared to my solo maternity leave was night and day (literally and figuratively!). But many new parents in the U.S. don’t have the opportunity to take paid parental leave at all. Unlike 173 other developed nations, the U.S does not have a nationwide paid maternity or parental leave policy. Without paid maternity leave or affordable childcare many women leave the workforce after having kids, which contributes to a growing gender pay gap.

As the federal government continues to lag behind the rest of the world, states have begun to take matters into their own hands. In January 2020, Washington state will become sixth in the nation to require employers to provide paid family and medical leave to virtually all employees in the state. This broad sweeping policy provides parents—not just mothers—with 12 weeks of partially paid leave after the birth of a child or when welcoming a new child into the home.

Applauding the state of Washington, we revisited our own parental leave policy to see where 2A stood in comparison. When we turned the lens inward, we realized we could do better. Our old policy aligned with companies of similar size but it still took a traditional approach by offering primary parents more paid time off than secondary parents.

Recognizing the importance of paid time off for all parents, 2A’s updated parental leave policy offers 12 weeks of paid time off for all parents welcoming a new child into their family. This policy reflects 2A’s value of workplace inclusion by offering more financial support to fathers and secondary parents. Equal leave means birth mothers have greater choice to return to the workforce while their spouse or partner stays home.

We know that gender equality in the workplace will take a series of small steps. So here’s one more to get us all moving in that direction.