Five grammar tips to stave off the summer slide 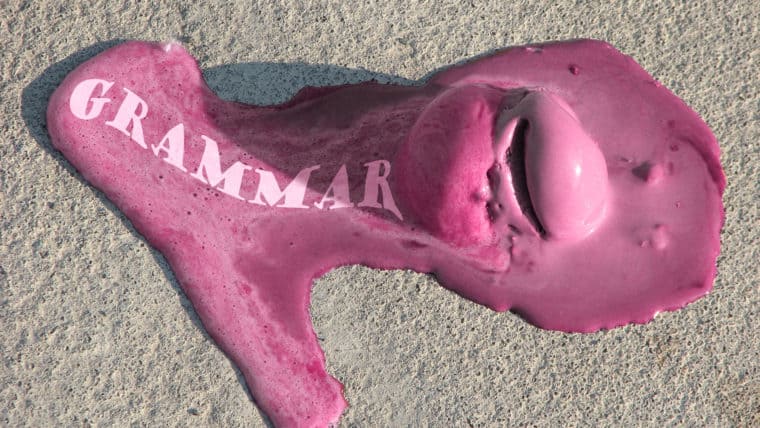 The summer slide should really be some enormous slip ‘n slide where kids glide down a grassy hill to stick it to the summer heat. Instead, I just learned, it’s when kids’ brains obliterate one month of learning over the summer and come back to school slightly dumber than when they left. But I don’t think this is a kids-only affair. As far as I can tell, adults are just as susceptible to the summer slide and also experience brain melting as the thermometer bumps into the mid-80s.

So, if you’re like me and you think your neurons might be atrophying, here are a few grammar tips to encourage a little brain exercise this summer. (And if you want more of a challenge, there’s always summer reading BINGO from the Seattle Public Library.)

Home in came about through the use of homing pigeons and means to move toward a target. You might hear “we’re really homing in on the answer.”
Hone means to sharpen. You usually hear the phrase, “honing your skills.”

Here’s the fun part: over time, people—mostly in North America—have said “hone in” when they mean “home in” to the point where “hone in” is now widely accepted.

i.e. is an abbreviation for id est, which means “in other words,” or “in essence.”
i.e. example: It’s hot, Molly Moon’s is packed, and Microsoft has started its new year, i.e. summer has arrived!

e.g. stands for exempli gratia, which means “for the sake of example,” or, if you’re not a steam punk, “for example.”
e.g. example: Molly Moon’s has captured the PNW summer in ice cream form, e.g. the Cherry Chunk flavor made with dark cherries from Alberg Farms in the Columbia valley.

etc. is short for et cetera, which translates to “and the rest.”
etc. example: Molly Moon’s might have cherished flavors like melted chocolate, salted caramel, etc., but nothing beats the smell of waffle cones. How does she do it?!

A hyphen joins words and connects prefixes and suffixes to stem words.
hyphen example: Coonis has the self-appointed role of director of feline resources.

The en dash is the width of a typesetter’s letter N and shows a range between numbers and dates.
en dash example: If Coonis had office hours, he’d school us in catitude Monday–Friday.

You probably guessed it; the em dash is the width of the letter M. Use em dashes to set off or emphasize parenthetical phrases.
em dash example: Coonis knows the value of storytelling—if only he could talk.

Both fewer and less indicate a smaller amount of something. Use fewer when your something can be quantified. Use less when your something isn’t typically pluralized.
example: There are fewer honeybees flying around during the summer because there is less pollen available than in the spring.

Clauses connected by the word that are essential for the sentence to make sense.
That example: Jordan almonds that have been left out overnight are still delicious.

If a clause is connected by which, you can drop the entire clause and the sentence would still make sense.
Which example: Jordan almonds, which were first eaten in ancient Rome, are a classic summer party treat.